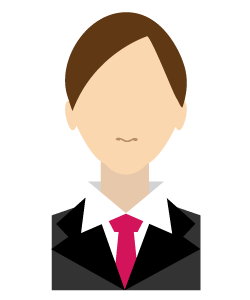 You were probably scared stiff with different public health ads and words from your dentist about taking care of your teeth, and for good reason – unlike other bones in your body, which can be healed, once you kill your teeth, they're gone forever…or are they? It certainly used to be the case that the only way to get back your smile after a permanent tooth went missing or had to be removed was a dental implant, but as dental science has marched on over the years, scientists may have found a way to actually regrow the teeth in your mouth. So if you're interested in just what this new technology might be able to do for you and your smile, then here's what you need to know.

Most drugs take many, many years from discovery of their usefulness to animal trials to human trials to becoming a natural prescription doctors can give to their patients – and this drug is no exception. Officially known under the extremely un-catchy name of Tideglusib, the drug is currently undergoing testing in the mouths of rodents to see exactly how good it is at re-growing tooth tissue. It accelerates the healing process that the tooth would grow through, given time and space (dead tissue is normally taken out due to the health problems it poses) tremendously, leading to teeth that re-grow themselves. While it will probably take another decade or so to graduate from rodents to humans, there are very promising results for such a new project.

It Was An Accident

As with so many medical breakthroughs, the new drug didn't begin its life as a tooth re-growing drug – it was actually a drug treatment meant for people with Alzheimer's disease. In order to combat Alzheimer's, the drug is meant to stimulate your cells into repairing tissue – but trials on mice found it not only a great drug for Alzheimer's but also that it had the possibility to service many, many more people in re-growing diseased tooth tissue (known as dentine – the soft, pulpy substance within your teeth).

It's Started A New Field

Recognizable dental fields like oral surgery, orthodontics, cosmetic dentistry, and others like it have, as a result of this breakthrough, been joined by a new specialty: regenerative endodontics. The entire purpose of this field is to actually do away with tooth-reconstructive techniques such as implants and fillings and to focus on making the teeth in people's mouths all natural, no matter the damage the person might to do them. While it's a very new field, this drug shows how promising it could be and how it has the potential to expand into a thriving specialization like oral surgery or orthodontics. Perhaps in a decade or two getting a tooth regrown could be as routine as getting braces put on – and it all started with this one drug.